I’ll continue on the matter of Heroquest a bit more, I still have a bit to say. This one’s about the metaphysics of Glorantha in Heroquest. In fact, it’s a sort of an extended question I’m going to ask of my Gloranthan sage friend at some point – writing this post should help me verbalize the thing that’s been bugging me for a long time.

The structure of the world

The second edition Heroquest describes Glorantha as a world that is made up of three different types of existence. These types are Essences, Souls and Spirits, corresponding with the three major cosmological frameworks of Glorantha. Specifically, the game teaches us that all people are essential, soulful and spiritual. However, magic is a phenomenon that only raises its head when people purify their connection to the otherworld by focusing and concentrating on only one facet of their nature. A person needs to discard their essence and spirit to worship personalized gods, for instance, becoming fully or almost fully soulful beings. Likewise spirit practices require getting rid of essences and souls, and high-level veneration is only possible for people with strong essence and no soul or spirit.

Like people, the world also is made up of all three Otherworlds. Sometimes a thing in the world is really pure and only made up of one otherworld, which makes it magical. Thus we can have Essential animals or Spirit animals or Soul animals, for example, when an animal happens to have an unitary connection to one Otherworld and not others.

As I intimated above, magic comes from focusing your connection and relationship with one Otherworld over the others. This is not in the book, but it almost seems to me as if the world of Glorantha is magical by nature, it’s just that the three different Otherworlds counterbalance each other and thus make the world mundane; when a character gives up the restraints of the other two worlds, he allows his chosen Otherworld to shine through into the world in the form of magic.

The rules of the game focus greatly on the implications of this metaphysic. One of the more prominent features in this regard are the rules for focusing your magic and the rules and restrictions on the types of magic a character can possess. Focusing your magic means that you remove all but one of the Otherworlds from your character sheet, gaining a major discount for buying magic from the one Otherworld that is left in the process.

A fundamental question raises its head in light of the above material: how much does the above interpretation of Glorantha accord with other textual sources? I would not be surprised if f.ex. old Runequest sourcebooks and such had a completely different view on the three magic systems and such; I always got the sense from Runequest that the three magic systems were more of a sociological thing than a fundamental cosmological constant. Also, as a follow-up it’d be interesting to know more about alternate interpretations of what this whole tripartite magic thing really means.

It’s not just impressions from old textual shards that make me suspect this metaphysic; another reason is that I don’t really think that the above metaphysical system makes sense, or at least I don’t know enough to really understand it. For instance, I don’t see the literary significance in making a big deal out of the three separate types of supernatural matter when they are so abstract. What does it really mean for a bear to be a Spirit bear instead of a Soul bear? I can’t really visualize this as an immediately interesting and dramatic thing in the setting of the game – the book doesn’t describe a spirit bear shooting different colored lasers out of its eyes or anything like that, and the metaphysic itself doesn’t really give the bear a different role in the world whether it’s spiritually inclined or essentially or whatever. It seems to me like the essence vs. spirit vs. soul thing is just a meaningless label, which is a bit strange.

One could very well assume that the thing with the three Otherworlds is an extension of a clash of civilizations, but in the light of the actual setting material this seems to be rather far from the truth of the matter. The major conflict of the setting is between the Lunar empire and Orlanthi barbarians, which is largely a theistic conflict within the spiritual realm. The second-most important conflict in my mind is the evocative “War against War” in the west, which again takes place within the monotheist framework solely. There are some conflicts between the frameworks, but nothing that would really feed an interpretation about this thing; if anything, the factual state of the setting seems to indicate that this whole Otherworld thing is coincidental and not even really true. Some pretty important religions in the setting outright contradict the tripartite Otherworld model, too, worshipping spirits as gods or venerating them or whatnot.

Another hypothesis is that the tripartite Otherworld is in place as a sort of character class thing where your character is a Theist or Spiritist as a way of differentiating him from others. This works somewhat until you notice that it’s actually not nearly as important as the differences between the actual in-setting religious traditions; it’s much more important that your character is an Orlanthi Windlord than that he is a Theist. You can’t really pick and choose magic powers from within the Theist world, for example, any easier than you could cross into Spiritualism. The average cult seems to limit associating with other cults of the same Otherworld pretty much to same degree they limit associating with entirely different Otherworlds, as far as I can see.

The role of the tripartite metaphysic is equally suspect in how it attaches to the rules system of the game. Reading the ample examples of play in the Heroquest 2nd edition rulebook, I get a sense that the game presupposes that player characters are adventurers who cross the cultural lines in the world and perhaps make choices regarding their identity in between the different belief-systems. It’s interesting in this context that the game is crazy insane in piling up penalties on characters who step out of their accorded magic systems. You can’t wield powerful magics from other belief systems without losing all of your prior magic, you can’t wield magics from two sources simultaneously without all sorts of penalties and so on. Apparently you have to be Arkat (a legendary hero in the setting, one who apparently doesn’t much care about these rules) to have the privilege of actually surfing the mythic currents and hacking the Otherworlds to work to your advantage. Everybody else is really quite limited in what they can or can’t do, there’s definitely no building wacky combinations out of the different magics.

Overall my problem with this cosmology is that I’m not quite sure what to do with it. Why is this interesting, what interesting things does it do? I suppose that the competing metaphysic would remove the distinction between souls, essences and spirits, with just one Otherworld in which all the various metaphysical critters of the setting live, Saint Caspodi rubbing shoulders with Humakt the Death God. In this set-up the difference between a shaman and a wizard wouldn’t be that they draw on different otherworlds for their magic, it’d just be that they use different techniques for what they do, perhaps because the entities they get their magic from are different in nature. What practical difference does the tripartite Otherworld make? Does a human Essence look different from a human Soul from a human Spirit?

Become a correspondent on Patreon! 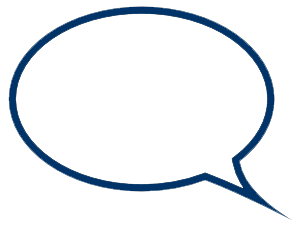